Ngoc Trinh, a 29 year-old fashion designer and Vietnamese model, grabbed everyone’s attention at the Cannes Film Festival in France. She walked the red carpet scantily dressed for the premiere.

Her sheer and almost-transparent bodice dress had black panels and a sheer front. The back featured a strategically placed black thong laden with crystals and embroidery. She had sparkly platform ankle-straps shoes to match her outfit. 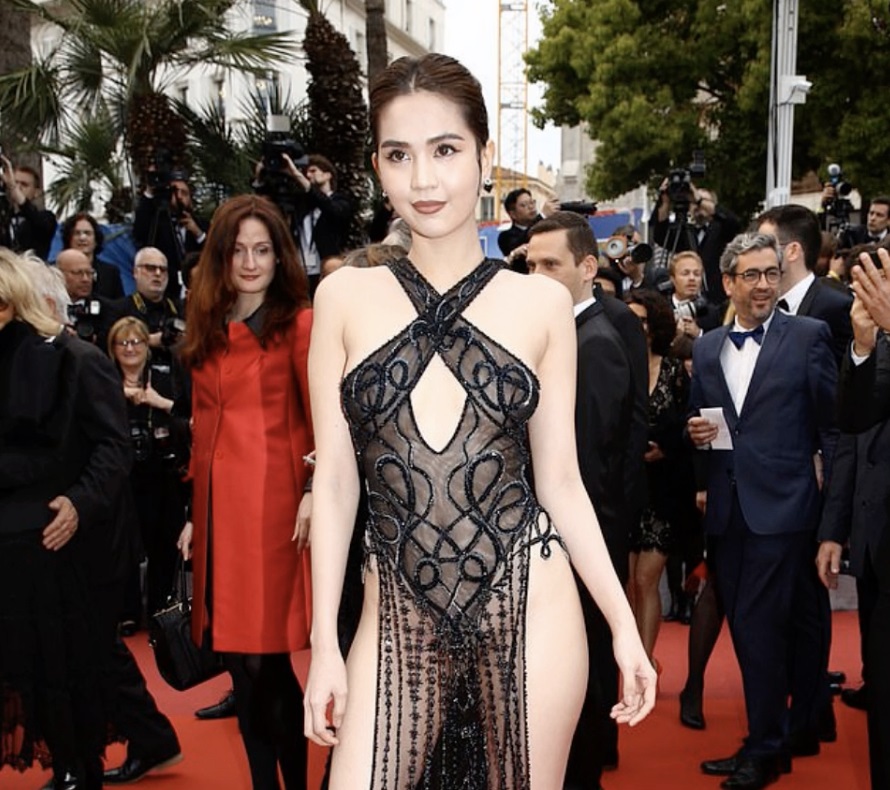 Vietnam, however, reportedly decided to fine her for public indecency because of the outfit, which had sparked public outrage in her home country.

Nguyen Ngoc Thien, Vietnam’s minister of culture, sports, and tourism, told Vietnam Express that he told his fellow legislators at the ongoing National Assembly session in Hanoi: “Her outfit was improper, offensive and has caused public outrage,” and that “She is not an artist that the ministry sent to the event.” 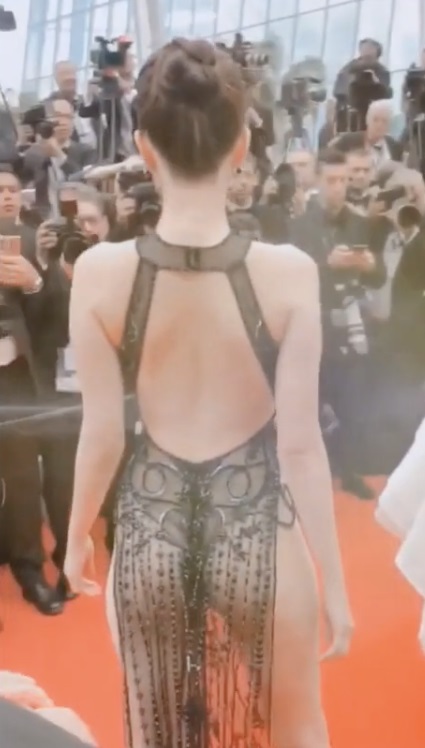 The move was not surprising, since Vietnam is known to fine citizens who publicly wear scantily-clad outfits and skimpy clothes, and celebrities are almost always the main target.

Her daring outfit, designed by Do Long, was described as the “festival’s most revealing look” by UK’s Daily Express. Vietnamese officials are working towards making the decency laws even stricter. 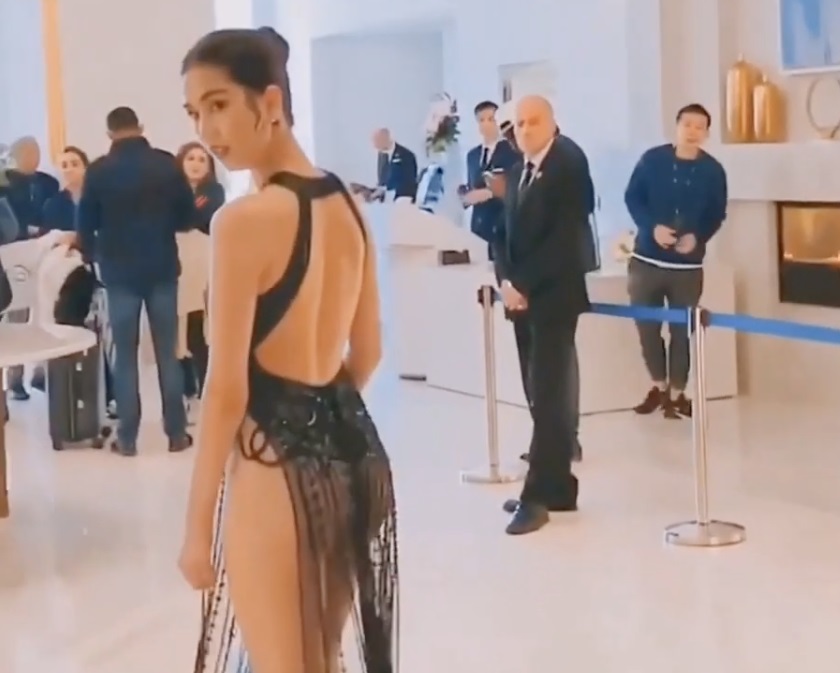 Trinh responded to the matter: “I’ve got a lot of praise for my outfit. I don’t care if people criticize it because I felt pretty in the dress, which made a good impression on the Cannes red carpet.”

“I cannot satisfy the whole world.”